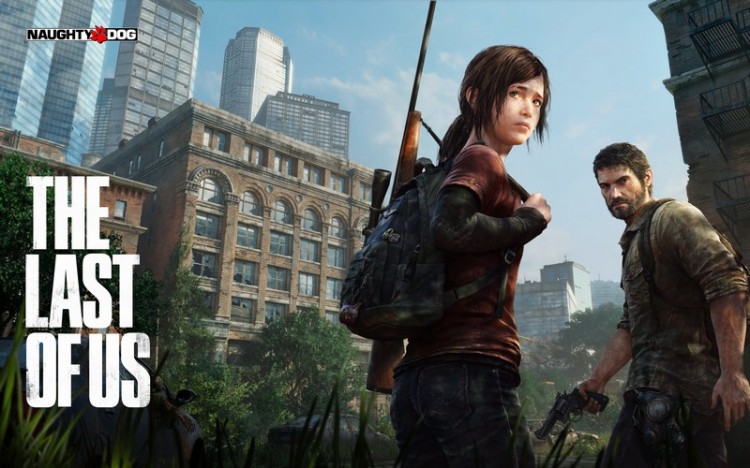 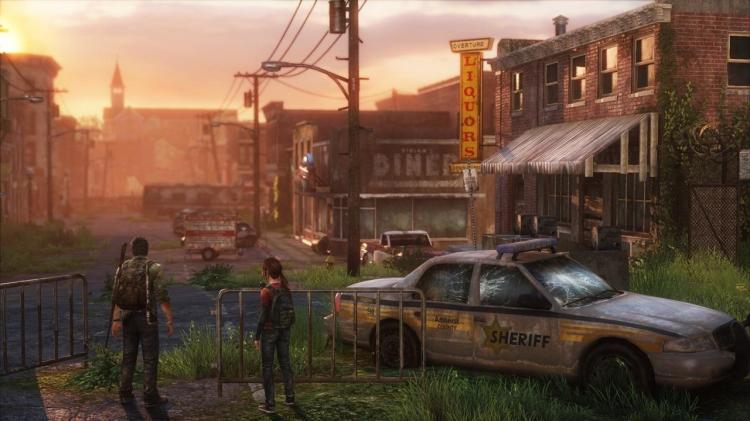 Naughty Dog had some big shoes to fill after the success of its Uncharted trilogy (let’s please not also forget Crash, who will forever hold a bandicoot-shaped place in my heart), and if reviews and the fact that this is the fastest selling PS3 game after 3 weeks of all time (3.4 MILLION COPIES!) are anything to go by, they seem to have not only filled the shoes left in Nathan Drake’s wake, but have also completely blown open the entire survival horror genre with their latest and greatest title, The Last of Us.

The story starts off with enough backstory and tragedy to tug at your heart strings and have you bawling within the first twenty minutes of the game — And don’t expect the emotional roller coaster to stop there. The story rockets you 20 years into the future to 2033 and doesn’t let you go from that point on, bringing you into the post-apocalyptic world that is a little more reminiscent of Cormac McCarthy’s The Road than your average zombie game.

You’ll accompany two main characters throughout most of the game, and it is their development and interaction that truly make this game worth playing.

Joel (Troy Baker) is a tough, hardened survivor of a viral plague that infected most of the world’s population through inhaled spores. Although you meet Joel first before the infection causes everything to fall apart, you spend most of the game with an older, more rugged and fierce Joel than is initially introduced. He’s a smuggler and a bit of a tough guy, but eventually you start to see through his carefully constructed emotional armor and its through this expertly crafted character design and superb voice acting that you really get drawn into their lives.

Ellie (Ashley Johnson) is a 14 year old girl with enough spunk and attitude to make you love her, and she just might be the cure to the infection that started it all. The main plot of the game is to deliver this girl to a specific group of people, so that tests and medical procedures can be done to help create a vaccine. This delivery spans across most of the country and the changing seasons, so some levels are spent in snow while others are spent with beautiful sunshine and bright green grass.  There are a few parts of the game where you get to control Ellie, but overall she is AI-controlled and you are in charge of Joel.

That isn’t to say you’re required to do a bunch of lame little girl protecting — Ellie can take care of herself, and is actually a better shot than Joel is, and has a knack for surviving that is pretty damn impressive. There are a few minor annoyances that come with keeping her around, but she more than makes up for it by helping you out of ladder-less ditches and taking care of you by hunting for food and bartering for medicine when Joel gets hurt.

By the end of the game, you are completely invested in the outcome. You’ve made choices you never thought you’d make, you faced creatures you couldn’t even dream up in nightmares and you did it all while crafting bombs out of gathered materials and Katniss-ing enemies with your bow and arrow. And that’s part of the allure of The Last of Us — Just when you think you can’t take anymore, they punch you in the guts with a plot twist filled with feelings. And I do so love my video games to come with a side order of emotion! The landscapes are lush with vegetation and wildlife, rich in their detail and Life After People-esque reclaiming of the world by nature. Buildings sit seemingly abandoned in desolate cities, cars and trains litter the state roads and highways.

The fighting mechanisms were probably my favorite part of the game, aside from the interaction between the main characters and their developing relationship. Throughout the game, the player is able to collect various items that they can use to create new, more dangerous items — Like explosives or advanced damage-inflicting melee weapons.

Although incredibly violent, the physical altercations with the enemies in game never feel exaggerated or excessive. Through incredible character development, the player becomes deeply attached to the situations and outcomes, meaning that each blow from an enemy truly does feel like it may be life or death, and the force of bringing a scissor-tipped lead pipe down on a foe’s head is fully justified in its ferocity.

Gameplay is a little of a combination between the Hitman series in that you spend a lot of time crouching and trying to be stealthy and kill from behind, as well as the heart pounding terror of titles such as Resident Evil and Left 4 Dead. 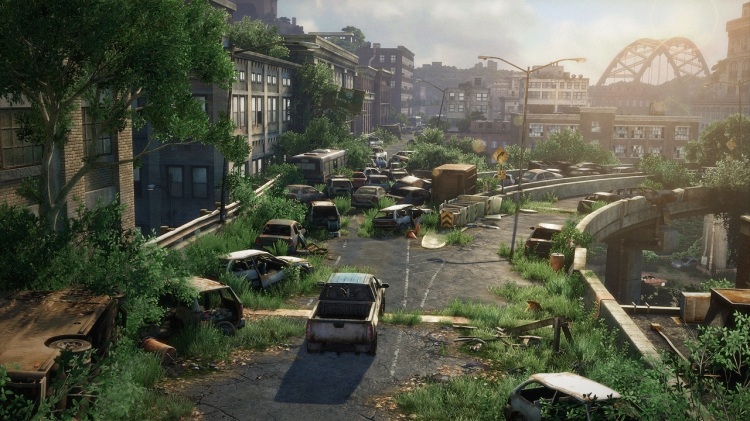 For some reason, my game had technical issues throughout. Nick played through it before I did on the same system and did not experience any of the same issues I encountered, but he witnessed firsthand the problems I had to deal with.

During fights with multiple baddies, if I died when there were only 2 or so of them left, it would respawn me where I had died with all of my enemies already gone. This doesn’t seem like it’d be bad necessarily, but being as pumped as you get from these fights and then respawning to find that the guys you were so close to killing have somehow disappeared is kind of frustrating. They didn’t come back either — It was as if I had beaten them, but in some cases, I did not. This (annoyingly) did not happen during the more difficult fights, but it happened a lot during a lot of the lesser interactions with the bad guys.

The AI for the friendly characters is a little off as well. For example, a few times I would be hiding in order to do a stealth attack, and Ellie (or whichever friendly character was playing nearby) would run straight into the enemies but they would not seem to see her, despite her being literally right in front of them.

There are also a few instances where you require one of the friendly AI characters to help you do something — Drop a ladder, push a button from a ledge, squeeze through something smaller than you’re able to fit through as the main character, etc. During a few of these, the button necessary to start the action had no effect. I’d stand in the correct spot, see the prompt on the screen, click the right button and nothing would happen. Sometimes, during time sensitive situations, this cost me my life! 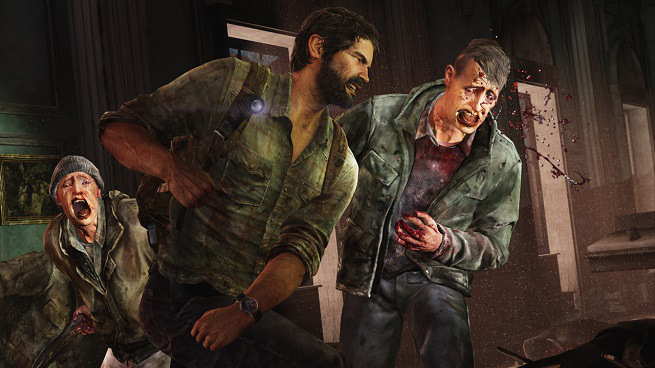 Despite being tagged as a “zombie survival horror” video game, the enemies in The Last of Us vary quite a bit more from the regular zombie fare.

Bad guys are split into two separate categories – Human and Infected. Even these can be broken down further, as the humans you face range from military type personnel to cannibalistic looters, and the infected have their own types and names, quite similar to the Left 4 Dead franchise’ infected foes.

The Infected aren’t true zombies, either — The “virus” is a bacterial growth that attaches itself to the brain and grows and mutates until the fungus is all that exists. The more dangerous enemies communicate using echolocation, due to the fungus growing out of their heads and their inability to see as a result. Some of these only need to get within a few inches of you in order to deliver a single fatal blow, making them prime examples of the bad guys you want to stay away from!

The more progressed the infection is, the more difficult that enemy is.  This doesn’t go for the humans as well though — They’re plenty difficult, just on their own! 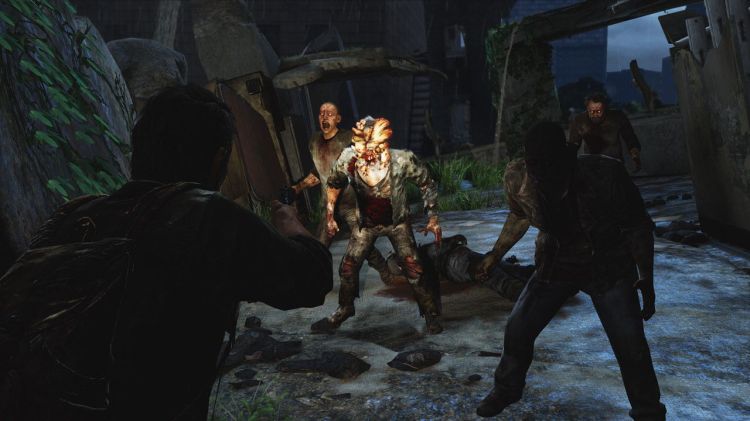 Unfortunately, due to the fact that we rented the game, I was not able to test out the Multiplayer function of the game, as it requires an online code of some sort that doesn’t come with rented copies. I do plan on purchasing the game and may update the review once I’ve given the multiplayer mode enough playtime! 🙂

One thought on “Game Review: The Last of Us (PS3)”