I know a lot of people think putting vegetables in their sweet treats is really weird. I’ve heard all the “that looks like baby poop” jokes I can stand, thanks. I will still keep reaping the benefits of this wonderfully delicious smoothie, and I’ll still keep laughing in the face of those who inhibit the opportunities their tastebuds have been presented!

A few days ago I decided that I wanted to do a Rainbow Summer Smoothie Series because I like smoothies and rainbows and, most of all, alliteration! Any excuse to make multiple colored smoothies is reason enough for me, and so it was and shall be and is written!

This nutrient packed BAMF of a smoothie has a lot of stuff you probably wouldn’t normally drink in it, but you won’t even be able to taste it thanks to the green apple and OJ. You could probably swap any combination of ingredients in this smoothie, or add the Green Cubes to anything from soups and stews (if you blend with water or broth instead of orange juice), or other green smoothies! 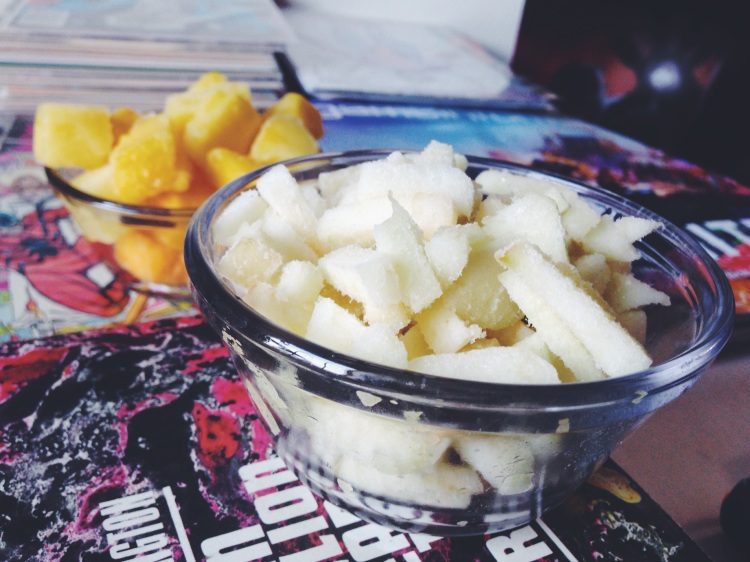 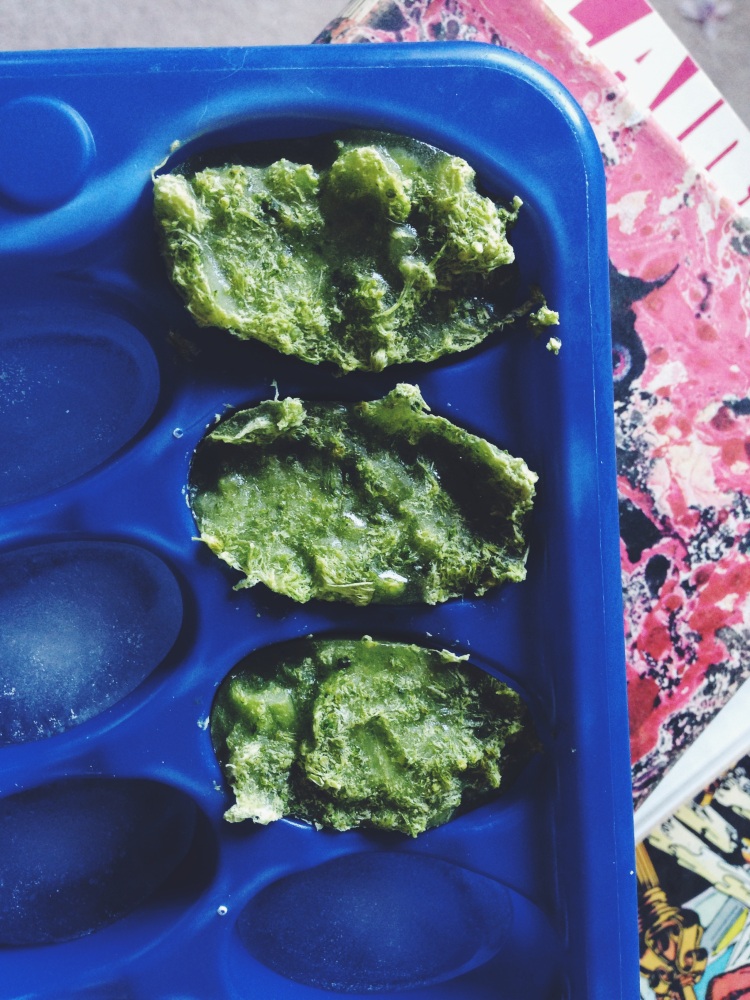 1/2 green apple (I peel and chop mine into small, blendable pieces and then freeze them ahead of time! They last for a good while and are great in smoothies!)

Blend all ingredients in a blender. I have a Magic Bullet, so I used that!

Spoon the mixture into ice cube trays – ones with lids or without! Once they’re frozen, you can put them in Ziploc baggies or an airtight container for storage. 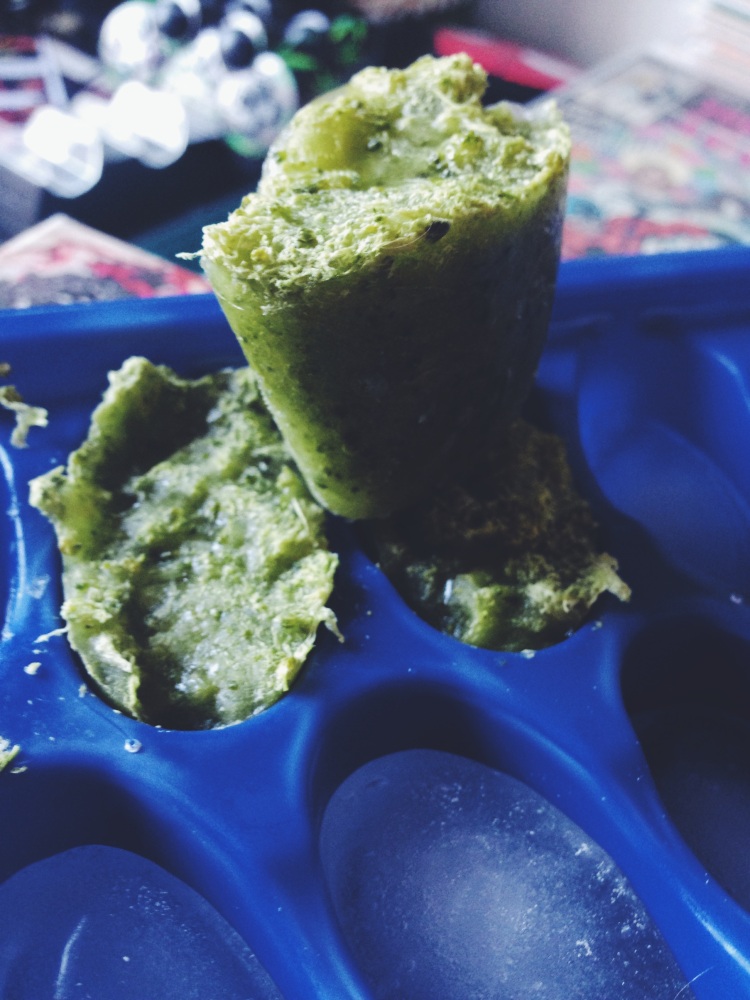 Blend all ingredients in a blender! Yadda yadda, you guys know how to make smoothies! 😀