Sometimes there are things I’m really excited about but they don’t warrant a full blog post of their own. I thought it’d be fun to group these together in a regular blog post thing that I can share as frequently – or infrequently 😉 – as I’d like. From books to movies to places to hobbies, the lists can & will include whatever I’m – you guessed it! – recently obsessed with.

So! The first list is extremely varied, but future ones may have some sort of common theme – or not, who knows! Whims are fun, right? 🙂 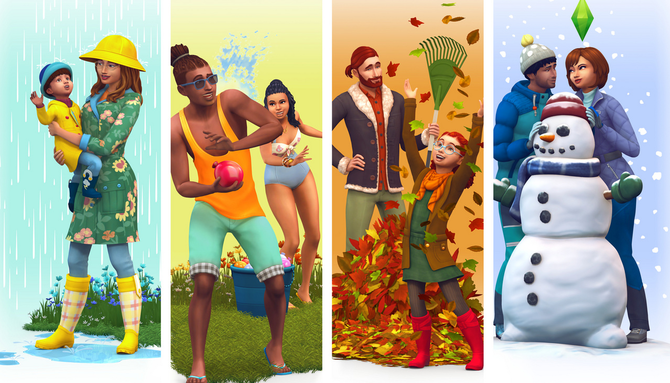 I’ve been playing Sims for over a decade and the recent iteration of the game is probably my favorite – despite the horrible lack of content they gave at the base game level, and in some of the expensive packs they sell (like First Pet Stuff – ugh!). I do love the style and game itself though (having logged over 900 hours on it, ahem!) and the recent Seasons expansion addition has been amazing! The weather functions and seasonal interactions are so much fun and I love the calendar and ability to create your own holidays! It’s by far one of my fav packs so far (along with Pets – puppies for days!) and I was so excited to play it when it released.

I was recently gifted this cute little purple ukulele – which was super intimidating because I’ve never played anything musical in my life! I’ve had it for less than 3 weeks now and can already play five songs, and I love it. It’s so challenging and frustrating, but so nice when I’m actually getting it! 😀

Speaking of music, I am obsessed with Hamilton. I listen to it pretty much every day and have inflicted my adoration of this historical rap musical on everyone that’s spent more than a couple hours with me this year. I’m dying to see it live – a dream come true!!! Alas, it isn’t playing anywhere in California — yet! Fingers crossed. I’ve already read the behind-the-scenes book and watched countless docs, short videos, and interviews on it. ALL I NEED IS THE REAL DEAL!

I’ve done a lot of experimenting with my art and painting this year so far, and my favorite of these experimentations has been this style of box/line art! I love the layered effect, the colors, the contrast. This one above is called “Baja“, and I’ve done several others – I love the feeling I get when I put a few more strokes of color down and feel like it’s actually complete. So much fun! 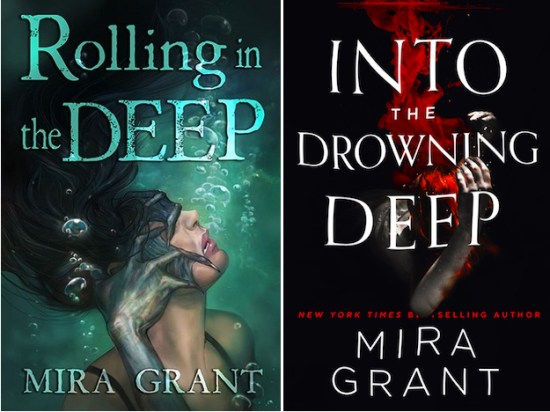 I absolutely love mermaids, and I also really love horror – Mira Grant (author of the Feed / Newsflesh series) combined the best of both in these amazing books. The first, Rolling in the Deep, is a short story that is pretty cheap on Amazon (or check your library!) and is less than 150 pages, so it’s super quick to get through. It’s brutal and gory and amazing – I absolutely loved it a couple years ago the first time I read it, and recently revisted it because I found out that Mira wrote a FULL LENGTH FOLLOW UP called Into the Drowning Deep, and it recaps and expands on the events in the short story! I immediately went to B&N to buy it – and then the eBook went on sale 2 days later. Oh, well – totally worth it! Please read at least the short story if you think you may enjoy this – killer mermaids, science, the Mariana Trench. There’s so much here!

6) Horror Movie Marathons in the Summer

My roommate and I have been on a Grey’s Anatomy binge recently, but it’s been interspersed with some really fun horror movies that I’d normally save for the fall – but are somehow so good in the summer! Netflix’s Veronica is a subtitled Spanish movie I’d highly recommend if you like horror. It’s creepy and is shot really beautifully, which is something you don’t see a lot from the genre. If you’re into more campy/found footage type of creepfests, check out Amaon Prime’s Hell House LLC. It’s going to change the way I feel about walking through scary “haunted” houses at theme parks and events forever! :O

Every year is the same – it comes, I spend, I play. This year I didn’t buy much because it happened during my vacation and I was pretty busy with activities, but I did scoop up the three titles above – and I was gifted two others! My roommate also got a handful of cool things, including a copy of the next thing I’m obsessed with recently…

I just recently beat the first of the remakes of Tomb Raider (I’m late, oops), and it’s so good! I’ve had the second in my library for awhile, and since the third installation was recently announced, I figured I’d make it a point to finish them. I’m still getting through Rise of the Tomb Raider, but I’m mostly into the multiplayer mode it has. It’s super fun to try surviving in the wilderness, and co-op tomb raiding is really challenging! If you like video games and haven’t tried these yet, you should. The scenery alone when you’re exploring the singleplayer in both is amazing! Lara Croft has come a long, long way.

This one gets two photos because of how obsessed I am. Dutch Bros is my fav coffee shop, and they’re not as widely known or as available in as many places as they should be. The atmosphere is always fun and friendly, the drinks aren’t priced crazily, they’re open 24 hours, and they have a keto’cano coffee!!! So many things to choose from – I’d highly recommend them if you live in an area near one or are planning to visit! 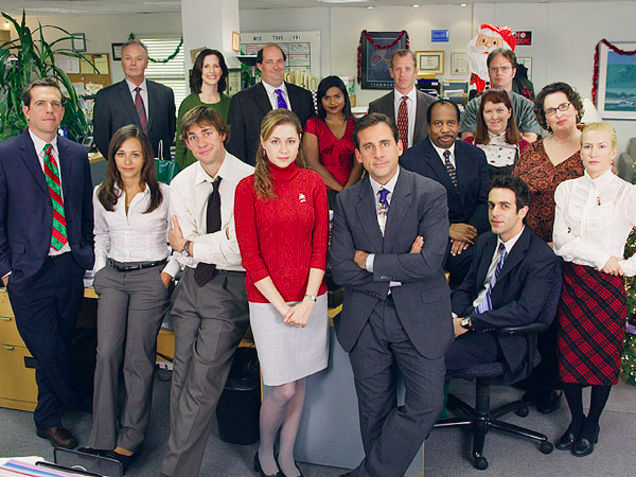 I recently started rewatching the Office from the beginning and it really never gets old. I love it, and it makes me feel better when I’m having a bad day. If you know me and haven’t tried watching it, I’ll probably try to get you to at some point. It’s so good and I reference it constantly (and unashamedly). Bears. Beets. Battlestar Galactica.