I’m a huge lover of spicy food, and have been since I was a small child and my parent’s well meant attempts at thwarting my thumbsucking habit with hot sauce turned into a deep adoration of the stuff. Unfortunately, my belly issues for the last several years have mostly kept me from enjoying the most delicious and spicy of entrees – or so I thought!

Since switching up my diet to being keto and cutting out gluten, my stomach issues have almost completely gone away (barring a few ‘bad days’ here and there, which I’m sure I’ll have for the rest of my life). One of my first tests when starting keto was spicy food – would it still make me sick, or was that a side effect of something else I’d also been eating at the time? No better time to find out!

I’m very happy to report that, other than what you’d expect discomfort wise (my tongue both loves and hates me for my spicy addiction, tbh), eating things like these amazing Bacon Jalapeño Poppers is completely okay! And with only a handful of ingredients and not a lot of cooking time, these wind up in my weekly meal rotation more often than not. It’s surprising how filling – and delicious – homemade jalapeño poppers can be!

🌈 3 large jalapeños (sliced in half, cored – remember to remove the seeds if you aren’t into heavy spiciness, and I’d also suggest using gloves when cutting/coring them!) 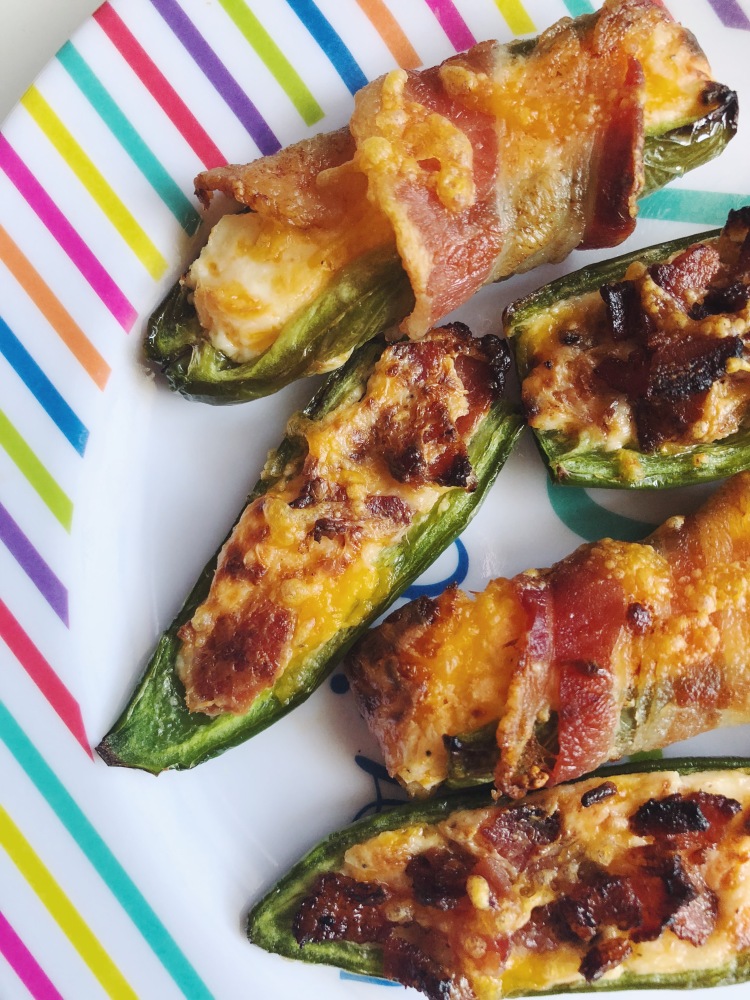