✨ Rolling in the Deep by Mira Grant (Sci-Fi, Horror, Mermaids!!)

Summary: This is a short story that counts as 0.5 in the “Rolling in the Deep” series. The author also writes books under another name – Seanan McGuire – although when I picked this up, I hadn’t read anything else by her. I wasn’t sure of what to expect from this going in, as it wasn’t a series at the time and I randomly spotted it in the Kindle section of Amazon through browsing. I love anything relating to oceanic mysteries or horror stories, and mermaids will always grab my attention, so this is right up my alley!

The story follows a group of about 200 people as they board a large ship called the Atargatis to film a documentary about the possibility of mermaids existing in the Mariana Trench. The 200 are made up of the ship’s captain and her crew, various scientists, and the documentary employees themselves – as well as a group of performance mermaids, excited to flex their fins in the big, blue sea. Everything seems to be going well until the scientists stumble upon exactly what they were looking for – and exactly what they weren’t.

I absolutely love this, and have actually read it a couple of times since the first. A full length book was released recently and I’m partially through it, and it’s awesome so far! I’d definitely recommend this to anyone who wants to read something quick but entertaining (and horrifying!). 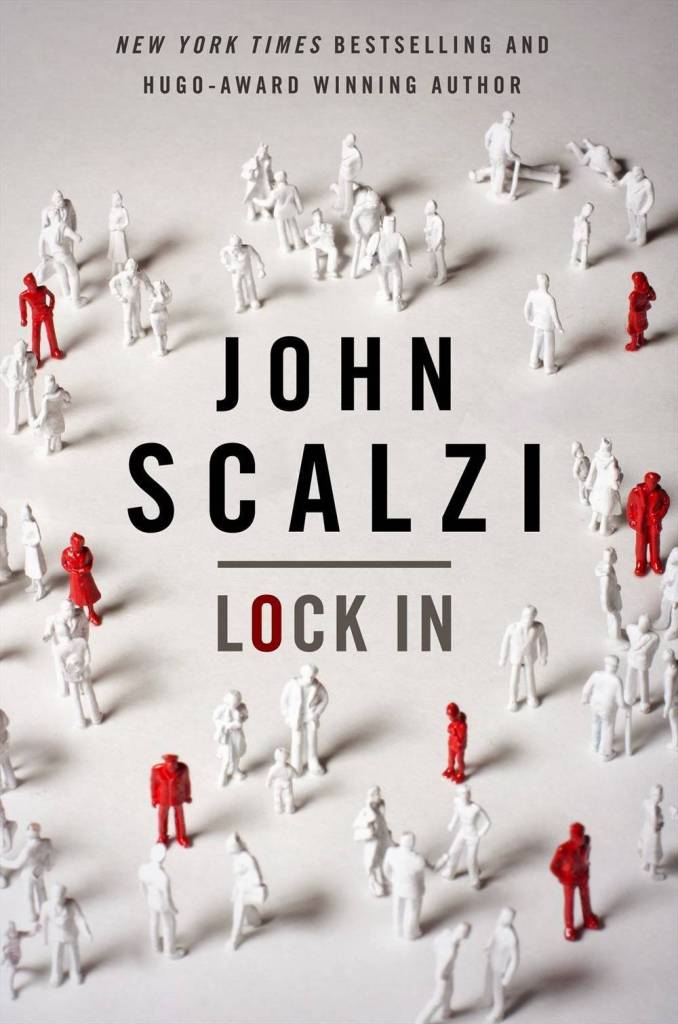 Summary: Lock In is a bit difficult to define genre-wise – part sci-fi, part cop drama, the futuristic aspects make it feel a little bit like Bladerunner (Do Androids Dream of Electric Sheep?) or Minority Report; basically, Philip K. Dick’s influence can really be felt here, and I loved it.

An extremely contagious virus begins infecting people around the world, and while most experience nothing worse than flu symptoms, others suffer from a side effect of the disease called “Lock In”. Lock In causes its victims to be fully aware of their surroundings, but completely incapable of movement or any reactions to anything going on around them. Eventually, scientific leaps lead to “Integrators” allowing victims of the syndrome to “borrow” their bodies. 25 years after the original outbreak of the virus, an FBI agent (who was one of the very first victims) is investigating a Haden-related crime, which leads to unravelling a conspiracy behind the last quarter of a century.

If this sounds cool, there’s actually a free online short story that precedes the book and explains a lot more about Haden’s syndrome, Lock In, and what actually happened when the outbreak started. It’s really neat! Check it out here: Unlocked: An Oral History of Haden’s Syndrome

✨ What Girls Are Made Of by Elana K. Arnold (Young Adult, Coming of Age, Feminism)

Summary: What Girls Are Made Of is an introspective look at how difficult it can be to go through adolescence as a teenage girl. Nina is sixteen-years-old and in a toxic relationship, trying to navigate the waters of love, and exactly what it means to meet – and not meet – the conditions for love that are set upon us by those around us. As a young girl, her mother told her that there was no such thing as unconditional love – and this has been something that stayed with Nina throughout the next several years of her life. Despite this, she does everything she can to be whatever her boyfriend wants – and when he dumps her anyway, she struggles to figure out who she is without him.

Nina isn’t a completely likable character – but she is relatable. The author doesn’t shy away from the nittier grittier details of teenage girlness, from pelvic exams and abortion, to menstruation and masturbation. Nina’s thoughts and fears are ones that many other people can remember feeling at that age, and the accuracy of the portrayal of her character is what pushed this up on my list of favorite books of the year. The rawness and honesty in her depiction of a lost, struggling teenager is compelling on its own – but the author also weaves in experiences from Nina’s time at a high-kill animal shelter (furthering her belief that all love is 100% conditional), as well as a look into a past trip to Rome where she learns about a long history of repression – and being forced to meet expectations, demands, and conditions – for all the women that came before her, and these parts are told really well.

This is definitely more of a “serious” book than a lighter or more entertaining read, but the messages in it are pretty important – this is absolutely the type of book I wish I had read at 16.