Alright, I’m not a big sports person, I’ll admit it. I’m not especially coordinated (like, I have fallen over before by just sort of… standing still), and I have a very short attention span unless I’m actively engaged, so unless I’m at an actual LIVE sporting event (I’m not picky on the actual sport, just tell me which team you want to win and that’s the one I’ll cheer for!), I’m kind of hopeless.

That said, I decided to put a list together of the best ever movies that are totally about sports! 😀

If you’re a fan of sports, you’ll probably have a very different list, and that’s okay! I’m sure your movies are good, too! In all seriousness, these are just really excellent movies that I’ve always loved overall for various reasons – the least of which being that they all sort of involve sports, tbh. But whatever, I NEEDED A THEME!

Cassie’s 10 Favorite Movies That Are Totally About Sports

If you don’t agree that The Sandlot is one of the best sports movies of all time, you’re… really not going to like the rest of this list, haha. This is one of my all-time favorite movies forever (FOR. EV. ER.), and it will remain endlessly quotable and iconic to me until the day I die. I will never not think of this movie when “This Magic Moment” plays anywhere, and I’m pretty sure I own two totally separate t-shirts with “YOU’RE KILLING ME, SMALLS” across the front.

Do you see where I’m going with this list? Still with me? Okay, good. I freaking love this movie, and nothing will ever convince me that it isn’t PURE GOLD. I wanted to be on their team so bad as a kid, and I was convinced that if I learned to ice skate really well, I’d get to be a Duck. (Spoiler: It’s not really feasible to ice skate regularly growing up in Florida, and also, again, I’m VERY uncoordinated. This will never happen for me, tragically.)

BASKETBALL. GIANT. CARTOON. MONSTERS. BUGS. BUNNY. MICHAEL! JORDAN!!! Okay, here’s a random mini-story-within-an-unrelated-post: as a kid, with the school I went to for part of elementary school, I was the only girl in my entire class. I tried very hard to impress the boys and convince them that I was “cool” so that I could play with them and didn’t have to spend all my time alone, and part of this charade involved playing basketball and talking about it like it was my favorite thing ever. Somewhere along the way, I ended up actually liking it as much as I could probably say I “like” a sport, and so tiny Cassie was fucking thrilled to be taken to see Space Jam in theaters when it came out. It was life changing. I literally cried in the movie, and then again on the way home when “I Believe I Can Fly” came on the radio in the car, no joke. Don’t ever talk shit about Space Jam to me, I’ll fight you. 😂

(I’m realizing now that most of these are from the 90s… Guess someone isn’t ready to face the reality of today! 😂)

Feminism belongs in all things, including blog posts about sports. I remember watching this movie with my mom when I was a kid, and while I didn’t have any idea what was going on the first time I saw it (I’d have been like 4, sue me!), but it was one of those things that I remember playing a lot in the background, so it became sort of comforting.  Geena Davis was gorgeous and amazing, and I loved that it was a girl’s team – again, that whole thing about growing up as the only girl, it sort of creates a complex. 😛

There’s no heartwarming story about Little Cassie that involves justification for putting this Disney Channel Original on this list of sports movies beyond the fact that Ryan Merriman plays basketball, and I used to have a very big crush on Ryan Merriman. 🤷 He was really popular in the good ol’ Disney Channel movie days, and I was lowkey obsessed. How lowkey, you ask? Well, I’m 30 years old and still writing about him in my blogs, so there’s that.

If you’re one of those people who doesn’t believe that lifting entire other humans and tossing them into the air (or flipping acrobatically af in said air) isn’t a “sport”, you can see yourself out of this post ’cause I’m not here for it! 😛 I have most of this movie memorized, and it’ll always be one of my favorites, right up there with Mean Girls and Clueless. 😍

I watched this movie more times than I can even count as a kid, and while I’m not sure if the ~angel effects~ have aged well since it’s been years since I’ve seen it, it’ll always hold a soft spot for me. Joseph Gordon-Levitt playing a kid whose shit dad doesn’t want him hit kid-Cassie right in the feels, and the ending always makes me happy.

I know, I know, my “sports” are getting a bit loose. Leave me alone, this movie is funny! Vince Vaughn always makes me laugh (even if he seems to play the same person in everything – it works for Paul Rudd, right?), and I have an everlasting crush on Justin Long.  I also just really dig underdog teams that come together to do cool stuff, it’s very 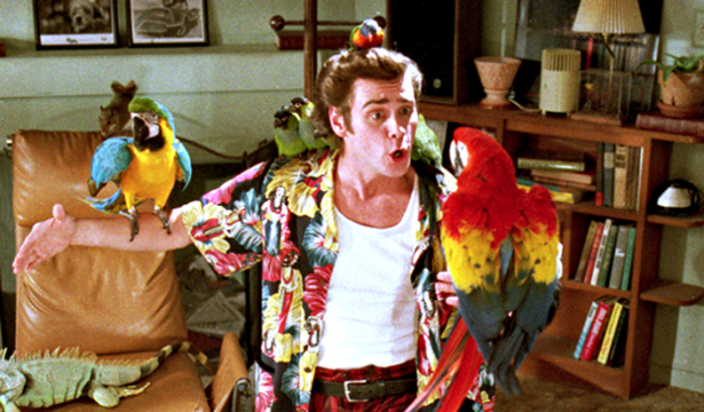 Jim Carrey is probably my absolute favorite actor of the 90s next to Robin Williams, and I remember watching everything that came out as soon as it hit Blockbuster ’cause my dad liked him, too. Liar, Liar is my FAVORITE, but there are so many good ones – including this classic! If the slapstick thing isn’t really your deal (my mom literally hates this movie & Jim as a whole because she thinks it’s all he can do, lol), he has serious movies that are good, too! The Truman Show is so goooood (but not sports related even slightly tbh, so let’s move on). 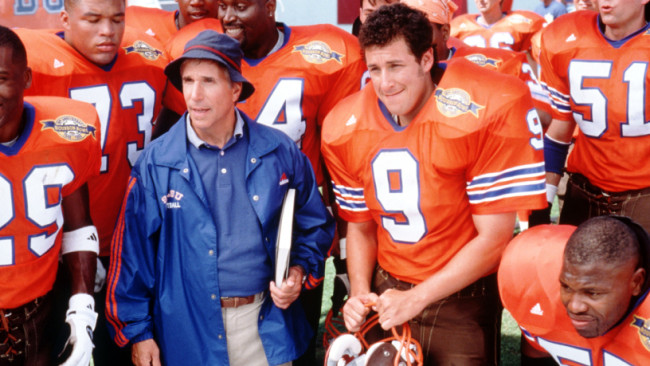 Alright, I’m not saying Adam Sandler should be winning a bunch of awards or anything, but I am usually pretty entertained by him – especially movies made around this one. Billy Madison & Happy Gilmore are movies I can hear bits from without even trying, and I’ve seen them more times than I can count (whether they’re really good or not – I’m not going to argue with you, it’s my list!).

What are your favorite movies that are totally about sports? Do we have any favorites? 😀

7 thoughts on “Thursday 10: Favorite Movies That Are Totally About Sports”