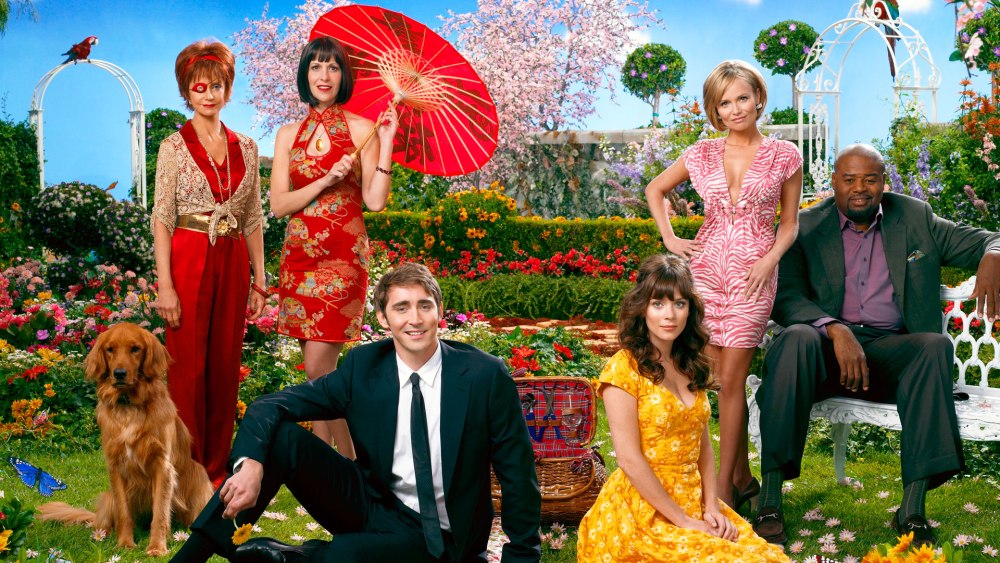 I love TV. Like, I love TV. I didn’t watch a ton of it that I got to choose myself growing up, so when I got older, I had a lot to catch up on – and catch up I did! I was super late to almost every popular show out there until recently, and now I have serious FOMO if a show comes out that looks interesting and I can’t watch it.

Next to books, TV has always been my go-to for comfort. I’ve seen some of the below shows so much that I can quote entire episodes, and if you’re around me long enough or ever live with me, you’ll end up seeing at least one of them (but probably more) in its entirety.

I decided to make a list of 10 of my favorite shows to share, along with episodes of each one that I like best or have seen the most. These aren’t in any particular order, save for maybe #1, which is and always will be my #1.

My 10 Favorite / Most Seen TV Shows 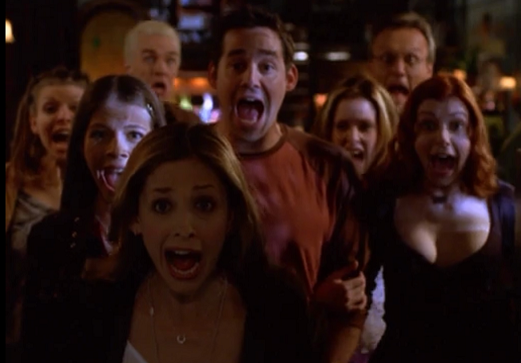 I was really late to the Buffy party, and had friends recommending it to me for years before I ever got around to seeing the first episode – which is a shame, ’cause once I started, I became obsessed. Now I have entire shelves of memorabilia & figurines, and half of my right arm is covered in a tattoo dedicated to one of my favorite episodes. To say my love of Buffy the Vampire Slayer is intense is an extreme understatement. While the first season doesn’t really hold up as well as some of the later ones, Seasons 2 & 6 are my forever favs, and the whole show in general is such a feel-good one for me that I’ll never stop loving it.

I have an entire 10 List dedicated to my favorite episodes, but I’ll pick 3 of them for you here: 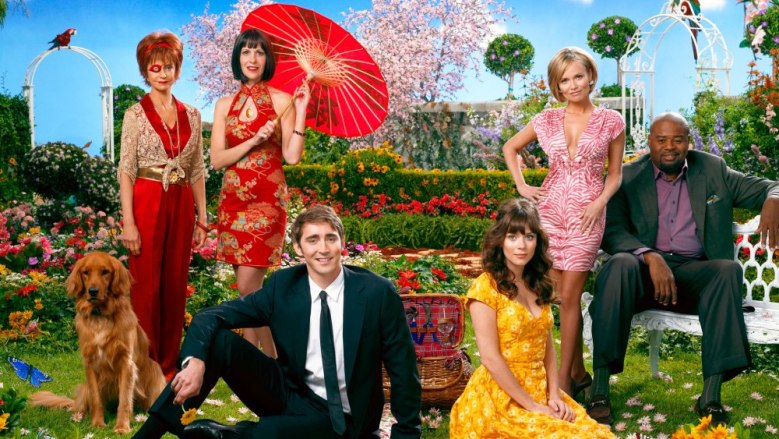 I love this show’s visuals more than almost any other in the entire universe; aesthetically, it reminds me so much of the lighter, fluffier, less goth-y Tim Burton stuff that appears from time to time, and I love it. I don’t meet very many people who have seen it, which sucks because it was so ahead of its time, and if it were done now as a Netflix Original, I feel like it’d be so popular. It’s about a man who touches things and brings them back to life, but whose second touch will kill them all over again. There are so many good things about this show – if you haven’t seen it and only walk away from this post with one thing, it’s that you need to watch it ASAP! 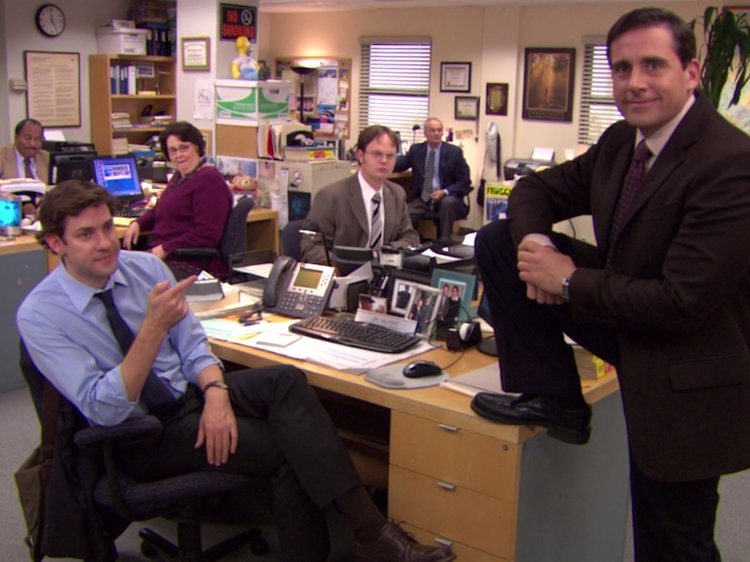 I’ve seen this show more than probably any other, and I quote it constantly. I love and hate every character at different times, and although I will say I liked the show a lot less after Michael Scott leaves, I still watch the whole series from start to finish often throughout the year. This is another show I got to super late and didn’t really have an interest in despite it being recommended to me until I randomly decided to pick it up – and I haven’t looked back since! 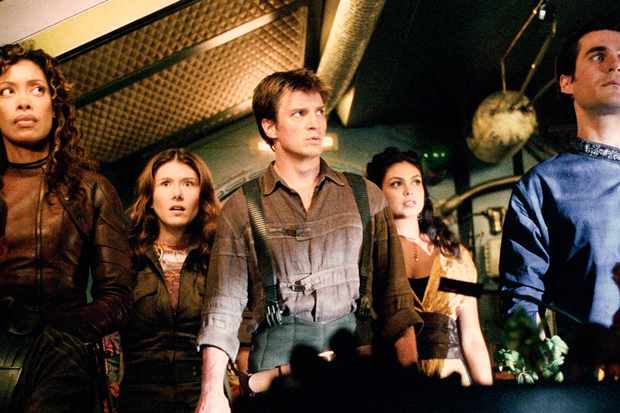 Firefly is one of the best sci-fi shows I’ve ever seen, and I stumbled onto it one day while home sick from school. I normally didn’t get to choose what was on TV since I shared it with my two brothers, mom, & step-dad, but since it was the middle of the day, my brothers were at school & everyone else was at work. I turned the Sci-Fi Channel on, and it was mid-marathon of a show I’d never seen or heard of. The marathon was only 2 episodes in, with one of those being a 2 part episode, so I wasn’t far behind, and I ended up staying in that spot, with a high af fever, watching Mal Reynolds and the Firefly crew have adventures. Every time I rewatch it, I remember that day, and I love it! 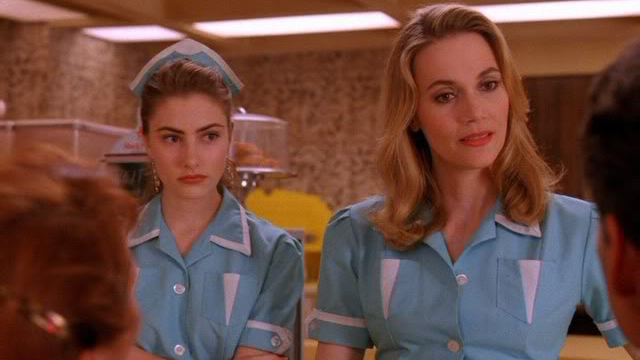 I always try to get people to watch this, and it doesn’t always work out, but for the people that it has – thank you! It’s one of my longest favorite shows, and I love how weird and strange it is, especially the first time you see it. Shelley & Audrey are my favs (lipstick/eyebrow goals for days and days). David Lynch is one of those magically fucked up creators that I can’t get enough of – from ERASERHEAD and BLUE VELVET, to and MULHOLLAND DRIVE, I have lots of favorites that he’s done – but Twin Peaks is probably my overall #1 favorite.

I also can’t really pick favorite episodes of this, as it’s just really good overall and should be watched in order (and watch FIRE WALK WITH ME, too!) 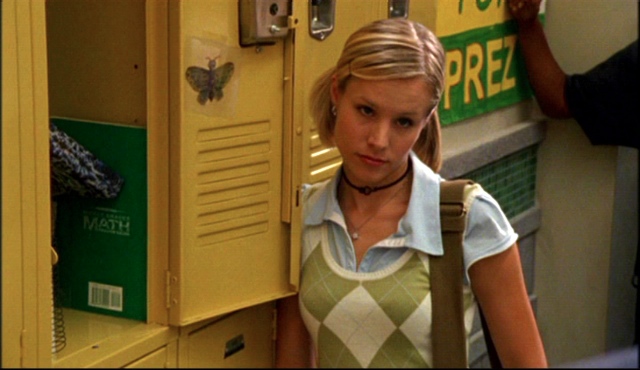 Kristen Bell and Veronica Mars were made for each other, and I can’t imagine anyone else pulling off the Vmars character so well. I’ve been a proud Marshmallow for years, and was super excited with both book releases after the show ended, as well as the full length movie from a few years ago. I’ll watch basically anything Kbell does, but Veronica Mars in particular is one of those gems that has everything a good high school TV drama should – murder, sass, mystery, and characters you hate in the beginning, and love by the final episodes. 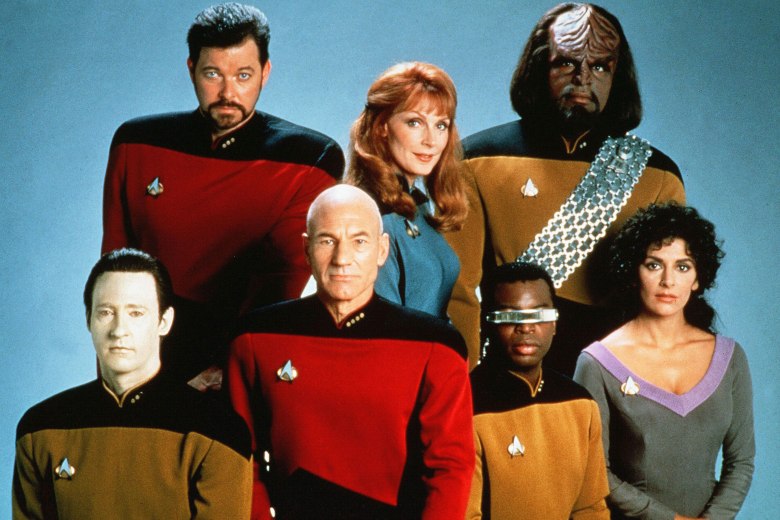 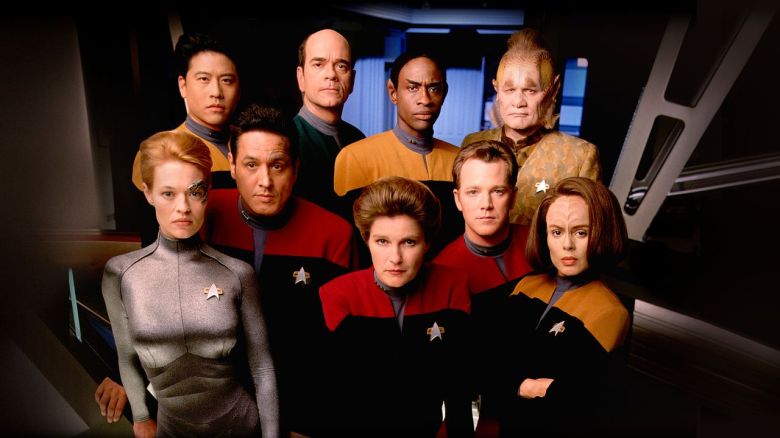 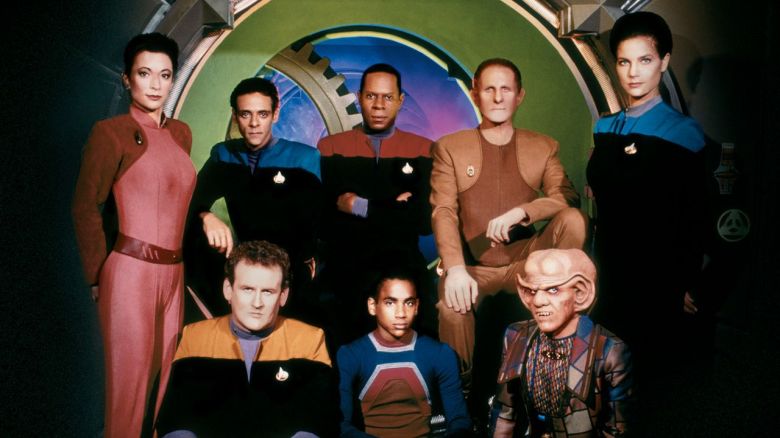 Alright, I’m totally cheating for this one, and here’s why: I’ve grown up with Star Trek my entire life, and honestly just couldn’t narrow it down. I’ve never been able to pick between Picard and Janeway as my favorite Captain, and some of the crew members from all three of these shows are so memorable and beloved to me that I wouldn’t feel okay listing some without the others. My literal first crush ever was at the tender age of 3, and on Brent Spiner, AKA Data from The Next Generation, and I cried when my dad told me he’d never love me because he wasn’t human. I realized I didn’t only like boys when I was 8 and Seven of Nine came on screen looking all, well… Seven–y. The Doctor and Quark are probably two of my favorite characters in anything, ever – and I like a lot  of different things! My earliest memories involve VHS tapes recording episodes of every series for my dad each week, and rows upon rows of them labeled carefully on the shelves. Star Trek is extremely formative for me, and I wouldn’t be able to have this list without it! 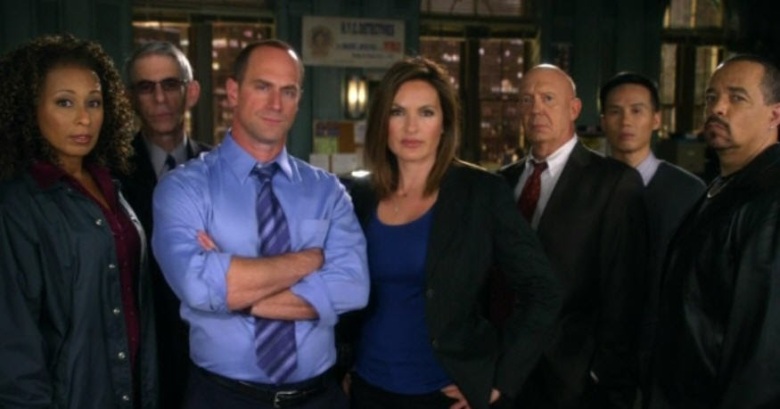 I’m not sure what’s wrong with me that I can sit around and binge watch other people’s horrific tragedies like it’s my job, but I am that kind of person. I love many of Law & Orders various incarnations, but none are as bingeable or as emotional for me as SVU. I’m not sure if it’s because I’ve been through some ~“fucked up shit”~ and get really invested in some of the stories, but overall, I just fucking love it. Mariska Hargitay is an incredible actress, and runs one of the organizations/charities that I regularly support called the Joyful Heart Foundation, whose mission it is to help, heal, & empower survivors of sexual and domestic abuse. She’s just so good, I love her so much.

I also refuse to accept that Elliot Stabler, AKA Christopher Meloni, is gone for good. I like some of the newer folk, but the show was so much better when he was Olivia’s partner. 😥 I love them forever.

All my favorite episodes are kind of really messed up, so don’t judge me! They’re just the ones I’ve seen multiple times, and always stick with me when I think of the show. 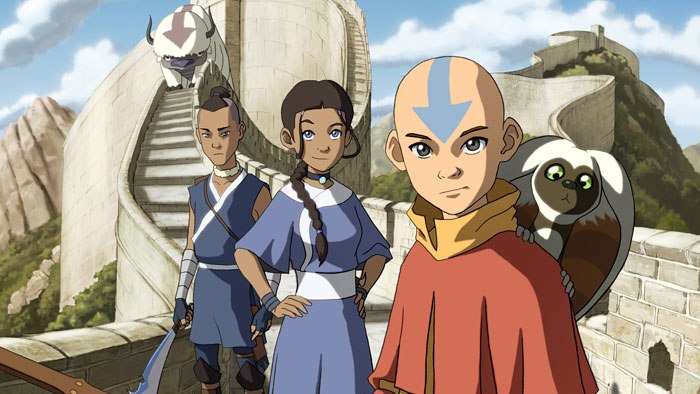 I thought about making separate posts for cartoon-y type animated things, but I figured I can still do that while including my fav of them all here. Avatar: The Last Airbender is SUCH a good show! It has everything – action, mystery, sad stuff, war, comedy, loving stuff, romantic interests, powers, mythology, history, everything. Now that I’m thinking about it, the first time I saw an episode of this was also while home sick – I guess I should stay home and watch TV more often?!

Toph is my favorite character in the entire show, but you don’t meet her til quite a bit in, so definitely watch it and stick it out! It’s honestly one of the greatest shows I’ve seen, with an amazing story arc and really great side episodes, too. 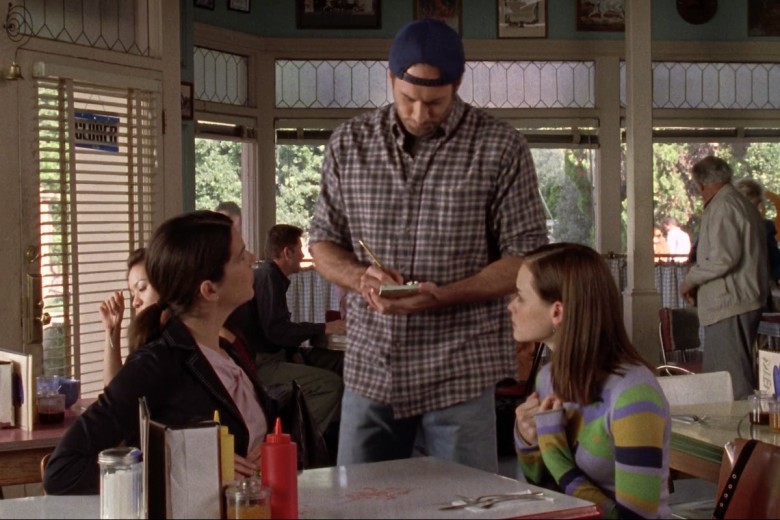 The Gilmore Girls is another show that is really comforting to me, since I’ve been watching it since I was a lot younger. Lorelai & Rory’s relationship sometimes reminds me of mine with my mom with the confiding and wittiness (although ours is… not as great of a relationship, tbh), and the show always makes me want to call her and check in. I think this show probably had a lot to do with me watching to drink coffee as much & as young as I did, and also reaffirmed that it wasn’t “stupid” of me to value reading and books and learning as much as I did. While I didn’t always like everything they did and every choice they made, the Gilmores were lovable and loving – and I love them!

In doing this list, I now suddenly want to make a million more – favorite shows for each specific genre, favorite Star Trek characters, favorite movies… I should be pretty good on the next several Thursday posts! 😛

Feel free to tell me if you love any of these, or what your own favorite shows are! 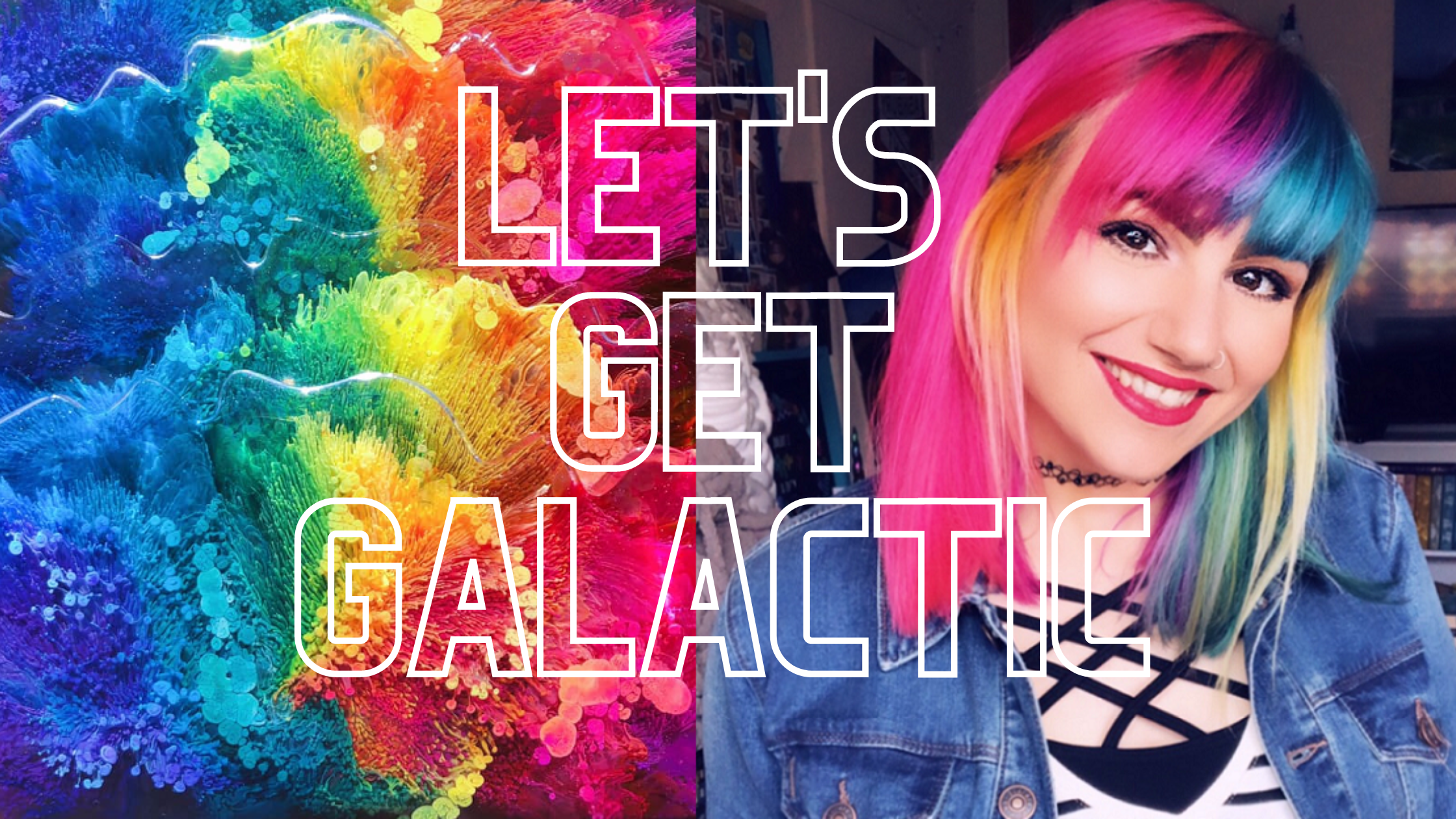 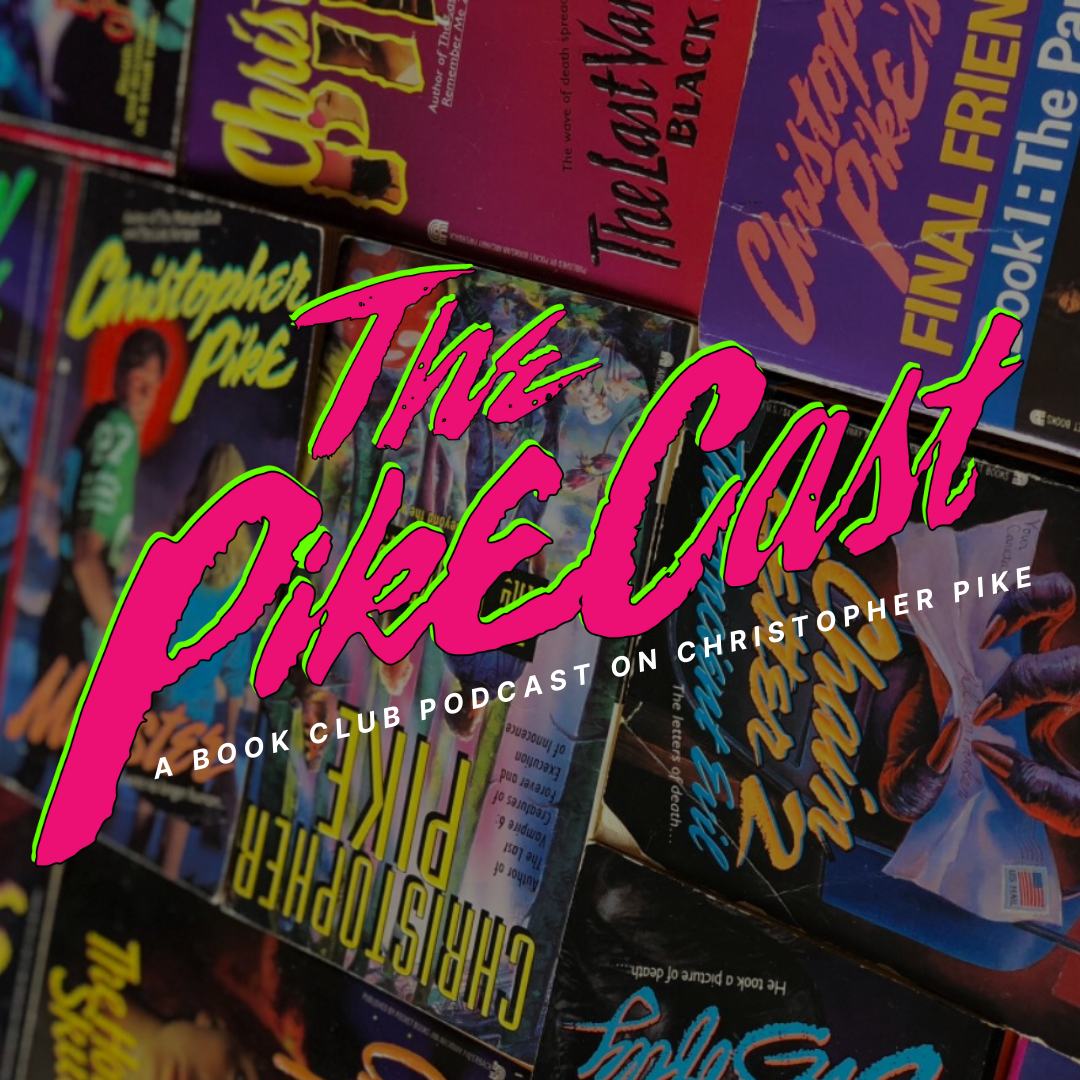 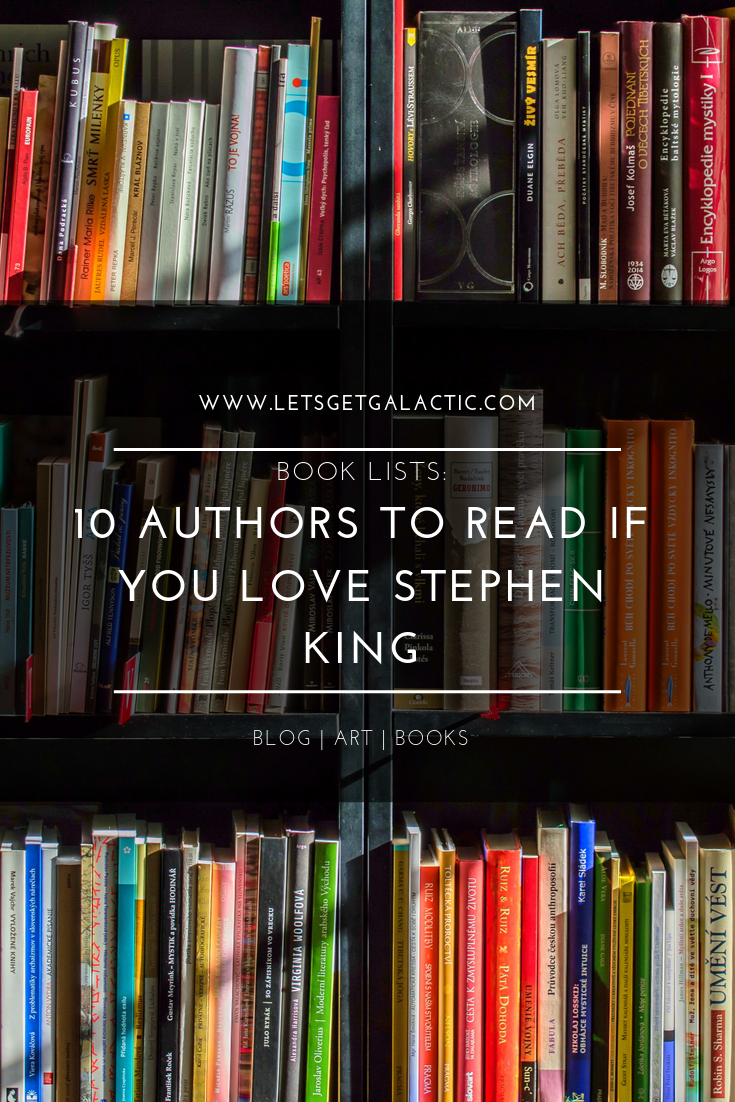