So, briefly before my little mental health hiatus, I posted about my favorite songs by one of my favorite bands – McCafferty.

After that post, I drove with my roommate to San Francisco from our duplex in east Sacramento to see them perform live, and it was sooooo good!

My anxiety was in overdrive in the days leading up to the show, and despite how much I love the band and how excited and happy I was to actually see them live, I was kinda freaking out about the actual event.

Thankfully, I have supportive people in my life who backed me up and kept telling me to go and that I’d feel better once I got there – and, naturally, they were right! 😛 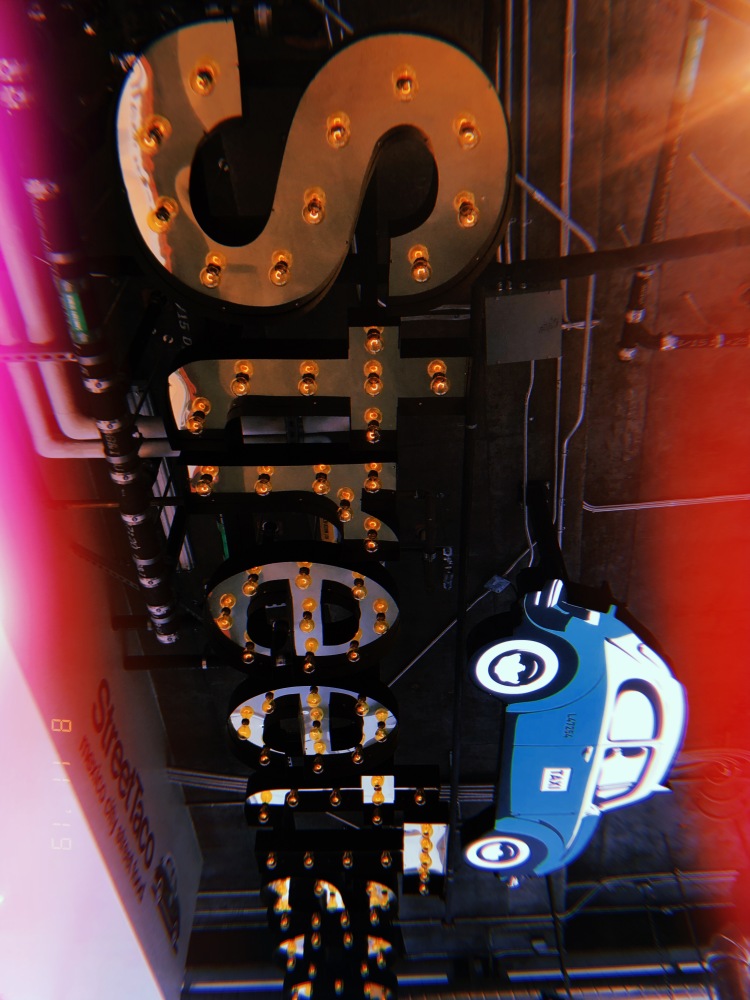 Before the show started, Rich and I went to get tacos nearby, then came back to hop in line to get inside. Have I mentioned that lines also make me nervous? Everything makes me nervous! I’m a ball of nerves, lol. But people were so nice, and it was so cool seeing how many of the people surrounding me were wearing McCafferty merch or excitedly talking about which songs would get played!

I was only vaguely familiar with Jonah Matranga – I’d looked him up on Spotify in preparation for the show, and listened to a couple of his songs. His music was quite varied – although not what I normally listened to, his energy and presence on stage was pretty cool, and he seemed like a really upbeat, positive guy! I guess he’s a SF native, and had played at Bottom of the Hill before years ago – so this was kind of a reunion type visit for him, which is neat!

The other band playing is one that has been touring with McCafferty – Carousel Kings. I also hadn’t heard of them before knowing about the concert, but they were a little more in line with what I listened to, so I ended up starring a few of their songs and being able to sing along at the show! They were really good, and also such nice people – afterward, they hung out by their merch table and talked to a bunch of fans. 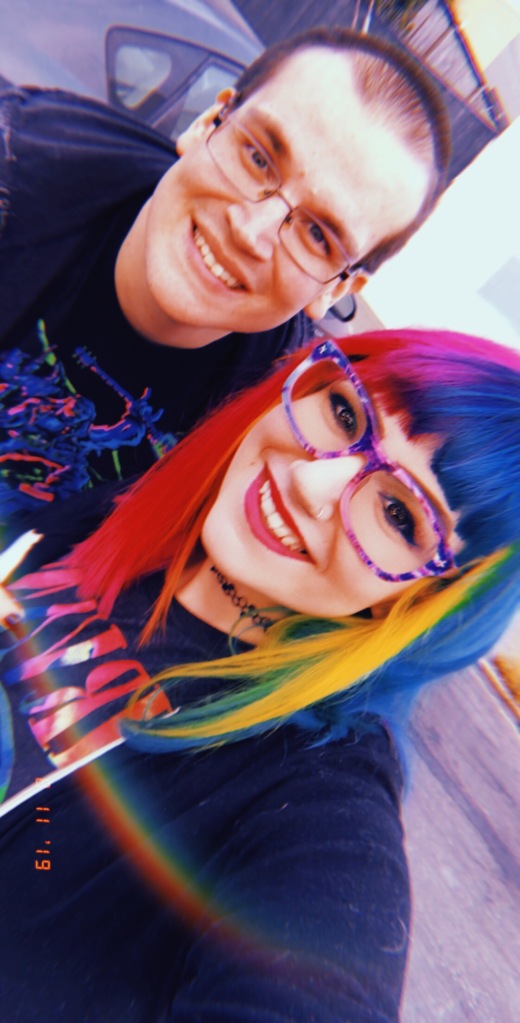 Throughout the opening acts, a few of the band members walked around and it’s always surreal seeing people you know and listen to regularly out in real life, acting like normal people. Okay, I know they’re “normal people”, BUT THEY’RE NOT THOUGH! I don’t listen to “normal people” on repeat enough to convert everyone within listening radius of me into hardcore fans. 😛 I forced myself out of my starstruck mode enough to literally chase McCafferty’s drummer, Wes, down a hallway to ask for a selfie – and got two, ’cause the “Shit, I think my eyes were closed!” from him was all I needed to launch into a second picture, lol. 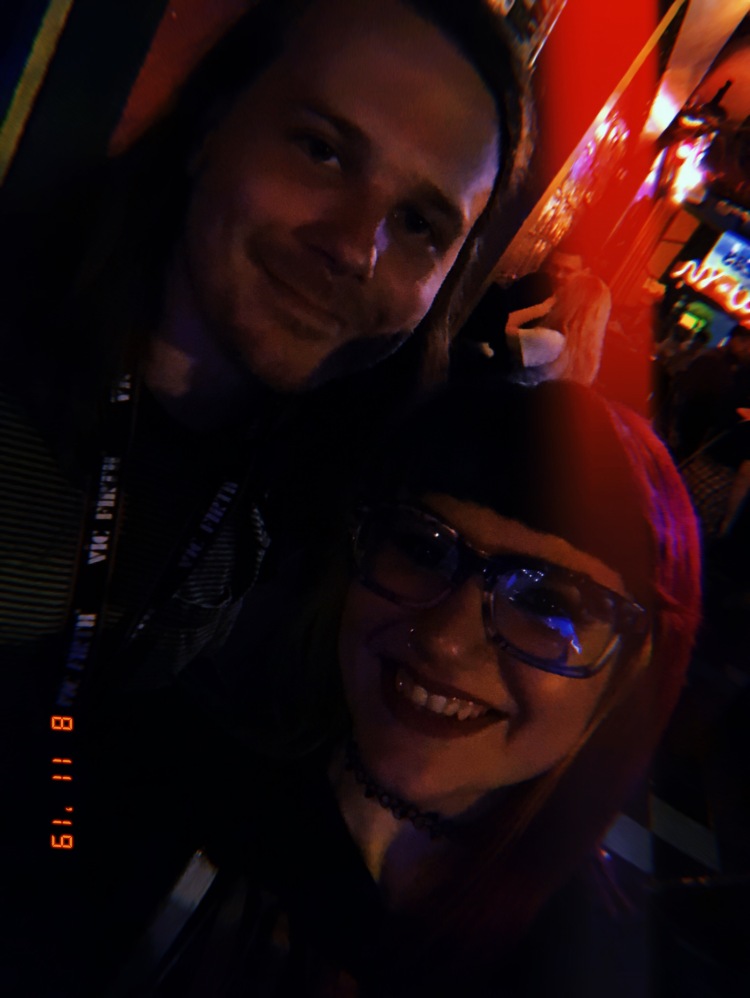 During the show, I kinda got this really wonderful spot literally sitting on top of one of the enormous stage speakers right in front of the band, with a 15 – 16ish year old girl being guarded by her very sweet & protective dad (who went to get a soda for his daughter, and looked at my roommate – who was also guarding me – and said, “Watch out for perverts for a few minutes, okay?”, lmao). Because of this very great spot, I was able to see and hear the band PERFECTLY for the entire show, without worrying about being crushed by lots of strangers or unable to see because I’m under 5’2 – it was so good!!

I’ve gushed a lot about the band so far, so I’ll try to just very calmly say that they were reALLY REALLY REALLY FUCKING GOOD OKAY!!!!!! Like, so good. SO good!! 😀

You know how some bands sound amazing in videos or on Spotify, but then when you watch them live, it all comes apart and you can’t even recognize who you’re listening to? McCafferty is exactly not like that! Nick & Emily’s voices are exactly the same, the whole band’s playing is so on point, and they genuinely all look like they’re having so much fun when they’re playing! It was honestly so fun to just watch them have fun, and to hear all the songs I listen to while I’m stuck in traffic or drawing or trying to stop whatever bad stuff is going on in my head from causing me to flip my shit, lol.

In between songs, Nick talked a lot about what the band & his fans mean to him, his struggles with mental health stuff, what some of the songs meant or had been inspired by, and how much he loves his wife. It was really, really endearing and sweet to listen to, and he, as well as the rest of the band, seem like such genuine people. It made my roommate and I love them even more, and it’s really different from how a lot of other bands / performers / people in general talk to other people.

After the show, the band hung out to meet and talk to anyone that wanted to. Despite having very little sleep while on tour, and having to wake up very early for more traveling, they ended up staying so late that the venue actually kicked us all out and we stood together in a little clump of not-used-to-San-Francisco-chill tourists! By the time I got to HUG! AND! TALK! TO! the band, I was very tired and had been kinda overwhelmed by crowds and noise, so I couldn’t do more than just thank them repeatedly for coming all the way to the west coast, and for staying to meet us. Rich and I took pictures with them, and NICK AND EMILY SAID THEY RECOGNIZED ME FROM INSTAGRAM / MY BLOG, which my heart cannot handle and so it grew 3 sizes that day.

Overall, it was probably the best concert I’ve been to, and one of the most positive concert-going experiences I’ve ever had! I’m so grateful that the band could make their way all the way to California, and that I managed to actually go instead of letting my anxiety ruin it for me! 😀

McCafferty will be doing an east coast tour soon, so if you’re on that side of the country, be sure to follow them for info as it becomes available! And their next album releases mid-November, so keep an eye (ear?!) out for that, too!

One thought on “McCafferty @ Bottom of the Hill in San Francisco”