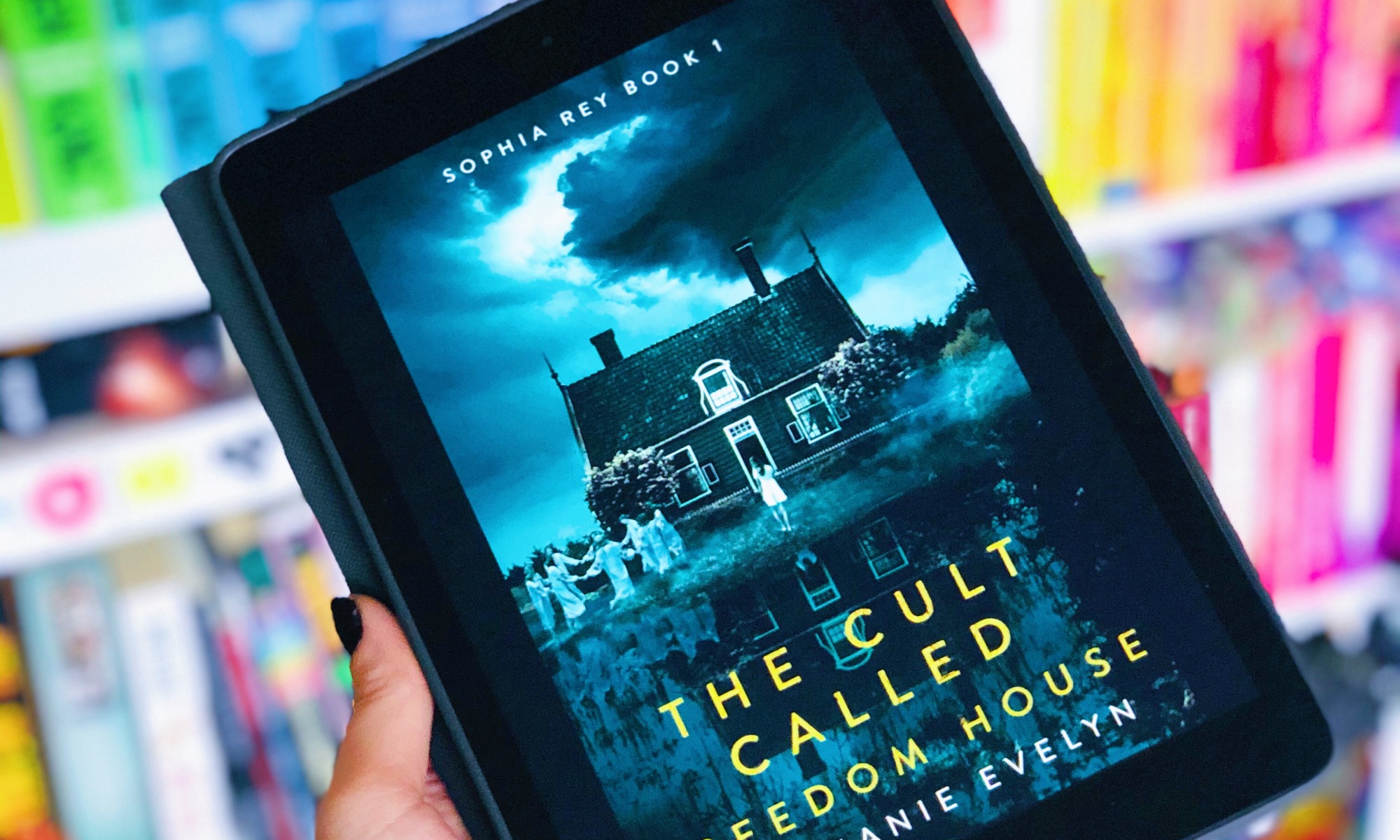 Everyone but Sophia and Cyrus were going to die. They were all goners well before they knew it. And they certainly thought whatever was happening, they were helping others and saving the world doing it.

Samantha was only fourteen and looking for what every fourteen-year-old looks for – freedom. She wanted to be as far away from her substance-riddled mother and abusive home as possible, but she never asked for anything like this. It always starts with just one person and one fucked up idea. This is the story about Samantha and the cult called Freedom House.

This review is a bit of a tough one for me to write, as I became friends with the author on social media before the book’s release, and being friends with the people who write the books you read as a reviewer can sometimes be a little hard. Reviewing a book you maybe didn’t love written by a person you adore is never an easy task, even moreso when the book being read is their debut. That said, I do fully believe that book reviews are for readers, and as a reader, I’m going to be honest with my thoughts on every book I read, regardless of how much respect and admiration I have for the person writing it.

I’ll start this off by saying that I’m normally a fan of real life based horror, especially involving what I call “SVU related topics” – I even have a Goodreads shelf specifically dedicated to this little subgenre! I’m a very big Benson fan, you don’t even know. When buzz started sounding off about Stephanie Evelyn – also known as Sterp online – and her debut book about cults, a police woman, and a young girl in the middle of all the chaos, I was instantly intrigued. After hearing really positive things from some fellow reviewers, I had high hopes and pushed the book up on my TBR so that I could read it for Women in Horror month.

I was a little surprised to see that the book was so short – at just 165 digital pages (243 in the paperback, according to Goodreads), I wondered how the author would be able to fit so much in. I could easily see a cult novel spanning the course of 400+ pages, but I’ve also seen some pretty incredible things done with short works of fiction recently, so I pushed forward with high hopes intact.

The story pulled me in right away, but I found that I couldn’t stay focused on it. The writing was straightforward to the point of almost being a bit too much so, and I started to quickly feel like I was being given too much information at random intervals that didn’t totally align with the rest of the story’s pacing, while other things – large bits of necessary information as a reader – were left out. Honestly, the pacing in general was difficult for me to get used to, and I found that to be a bit jarring to my reading experience. I often also found myself confused on how much time had passed during certain parts of the story, as well as some confusion over things like which character was which, and general motivations for the cult members, which are pretty important to the believability of something like what’s being written here.

The bare bones of the story are solid, and I applaud the author’s creativity and choice of character and subject matter to write about. Unfortunately I also really feel like this seems as if it’s much more of a first draft or outline than a final, finished novel. I believe it’s part of a bigger series based on the main character, the detective herself, which I understand will probably eventually reveal more. But even that said, there was so much that could have – and in my opinion, should have – been expanded upon here that instead felt rushed and hollow.

I am eager to see what else Stephanie Evelyn releases, as I have no doubts as to her capabilities as a storyteller and creative mind. I legitimately gagged at a certain stew scene – I won’t say too much more – and I have a pretty strong stomach reading-wise, so I’m confident in saying that she’s got what it takes to write something stunning. I’d just maybe give it a couple more rounds of edits & maybe a little time to sit and then come back and reread later to see what can be added/removed to make the story being told as strong as it can be.

Despite my issues with this first book, I still have high hopes for future releases, and for the author. I enjoyed what I got to learn and know about Sophia Rey herself, and plan to continue reading along with her story once the next installation comes out.