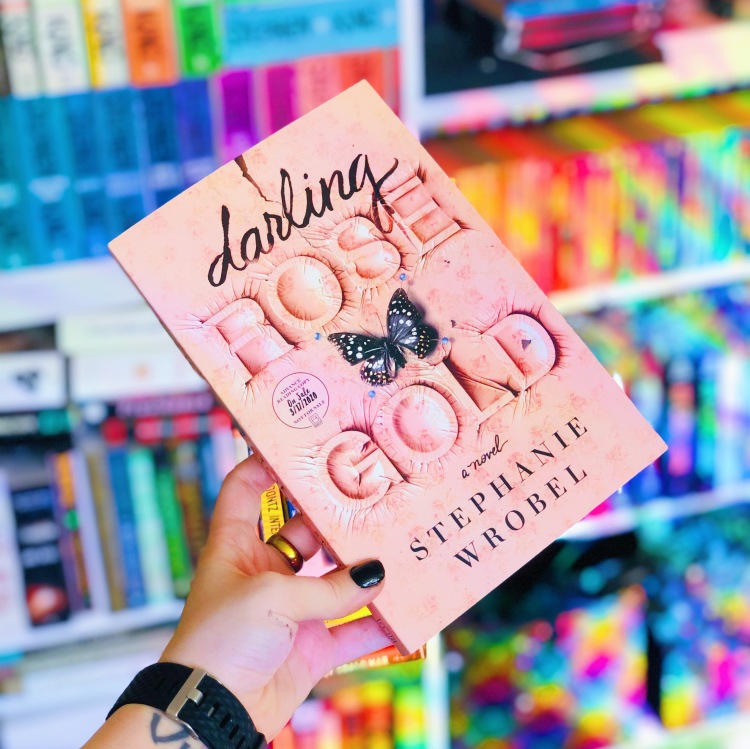 For the first eighteen years of her life, Rose Gold Watts believed she was seriously ill. She was allergic to everything, used a wheelchair and practically lived at the hospital. Neighbors did all they could, holding fundraisers and offering shoulders to cry on, but no matter how many doctors, tests, or surgeries, no one could figure out what was wrong with Rose Gold.

Turns out her mom, Patty Watts, was just a really good liar.

After serving five years in prison, Patty gets out with nowhere to go and begs her daughter to take her in. The entire community is shocked when Rose Gold says yes.

Patty insists all she wants is to reconcile their differences. She says she’s forgiven Rose Gold for turning her in and testifying against her. But Rose Gold knows her mother. Patty Watts always settles a score.

Unfortunately for Patty, Rose Gold is no longer her weak little darling…

And she’s waited such a long time for her mother to come home.

“The bond between a mother and daughter is sacred. You know better than anyone that no matter how awful they are, we still find it in our hearts to love them.”

When I originally heard that this book was coming out, I knew I had to have it. Like many people, I followed along with the Gypsy Rose Blanchard story in the headlines with a sort of horrified attention, appalled that a mother could mistreat their own child so terribly. If you aren’t familiar, Deedee Blanchard – Gypsy Rose’s mother – spent Gypsy Rose’s entire life pretending that she was very, very ill. Not knowing any different due to being confined to a wheelchair, loaded up with medications, and moved from city to city when doctors began to grow suspicious, Gypsy Rose had no idea that she wasn’t really sick.

Until she did. Then, Gypsy Rose and a boyfriend she met online conspired to murder her mother in cold blood. They fled the state together, and were apprehended by police at the boyfriend’s house. A whole Hulu series was based off of the story called THE ACT, and I watched it obsessively. I don’t know what it is about messed up situations that make these sorts of things so addictive to watch, but I was completely hooked by the story.

It’s no surprise that when this debut by Stephanie Wrobel was announced, I knew I needed to add it to my list of anticipated books to release in 2020. I don’t often request copies of books from publishers, but I wanted this one so badly that I sent a quick email over to Berkley Publishing begging a review copy – and they were gracious enough to grant my request, shipping the book out super quickly! The cover is even more gorgeous in person, and I always need more pink books.

I’m very surprised that this is Wrobels debut because of how well it’s written, and how compelling the story is. I’ll admit that I did partially expect a rehashing of the original story before going into it, although I was fine with that if it came to it. While a lot of details are similar and it’s clear what the story is inspired by, this is an almost alternate reality retelling of the original. I loved this unique take on the story that asks what if Deedee hadn’t been murdered?

I wasn’t sure what to expect from the ending of this one, but loved the ride. This is a thriller through and through, and while I didn’t find myself totally liking any of the characters, I was drawn to them and to their situation. I wanted to see how it’d play out, and wasn’t at all disappointed with the final ending and reveal. Munchausen by Proxy is such a complex, terrifying disease, and the effects of something like that on the children whose parents are afflicted can never be totally anticipated. People are different and react differently to things, but this possible outcome was a lot of fun to read, and difficult to put down. I finished it in two sittings, only stopping ’cause life has a habit of getting in the way!

Definitely check this out if the topic or original story intrigues you! This book and the story that inspired it are both difficult to forget.