Back in February, my wonderful friend Sadie (known as Mother Horror to us horror fiction junkies online!) posted to her blog with a list of books she wanted to see made into TV shows. I loved her list, and her idea, so I asked if I could borrow it to make my own!  Check her post out here, and thank you for the inspiration, Sadie!

I love books so much, but sometimes you just have to veg out in front of the TV for a few hours while marathoning the newest thing on Netflix, you know? I’m a big fan of TV, and have loved some of the recent adaptations  & things inspired by books coming out lately. YOU (adapted from the book of the same name by Caroline Kepnes) and The Haunting of Hill House (very loosely based on the story by Shirley Jackson) are two that I loved watching – and more of a good thing definitely wouldn’t hurt!

5 Horror Books I Need to See as TV Adaptations

1) The Fourth Whore by EV Knight

I recently read The Fourth Whore and still haven’t been able to stop thinking about some of the more horrifying things that happen in it. This book made into a TV show would be perfect for fans of Supernatural and True Blood – lots of otherworldly demon stuff going on, lots of gore, and LOTS of sex! Lilith – yes, that Lilith – would be both terrifying and compulsively watchable in a TV series – honestly, the entire cast of characters would be so freaking cool to watch on screen!

2) Whispers in the Dark by Laurel Hightower

If Whispers in the Dark were made into a TV show, it’d be this awesome blend of cop-drama-meets-supernatural-thriller that the world desperately needs right now. Who wouldn’t want to watch a show about a badass female sniper lead that also sees ghosts and experiences other spooky stuff? It has primetime TV written all over it! I’d be so curious to see who would play Rose, too!

This is one of my all-time favorite books & I recommend it to everyone. It’s told in the sort of interview format that World War Z is known for, except I found this one a lot more compelling & difficult to put down. The setting of a theme park in the middle of a horrible hurricane is really relatable to me, having lived through many hurricanes in Florida myself before moving to California. I love the Lord of the Flies feel to the story, and love the unreliable narrators and the characters in it. Imagine a group of people – mostly teenagers – completely cut off from civilization, electricity, and technology. They’re left to fend for themselves, and things devolve in a horrifying way that’s all too possible. I can imagine whole episodes dedicated to the different factions created in the park – the spooky circus one, omg! I NEED THIS TO BE ON SCREEN NOW! 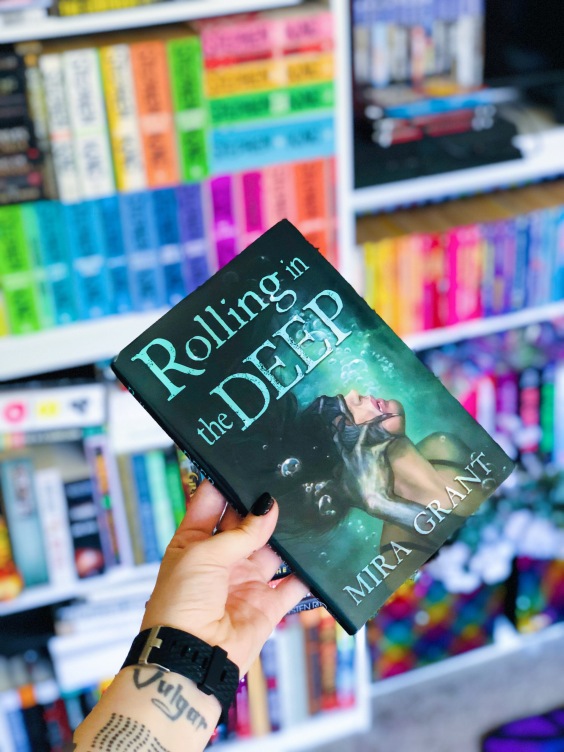 4) Rolling in the Deep by Mira Grant

Honestly, either this one or Into the Drowning Deep by the same author would work for this one. Rolling in the Deep is the novella prequel to the full length novel, but both are great! I love the scientific aspect of this story, and think the oceanic horror would play really well on screen. Just imagine how terrifying the first brush with these creepy mermaid creatures would be like!! The novella is probably my favorite of the two, and I especially love how it ends – to see that as a television show would be unreal! 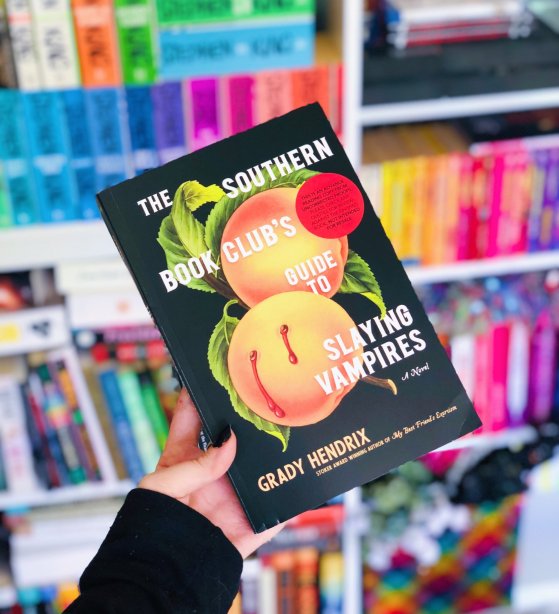 This was a more recent read for me, and it would truly make a great show or film because it feels like it was just made to be watched. Grady Hendrix manages to totally nail whatever decade/theme/vibe he’s going for in his books, and this book about a book club of vampire slaying & true crime loving suburban moms would be equal parts hilarious and horrifying to watch.

Which books would you like to see made into TV shows?